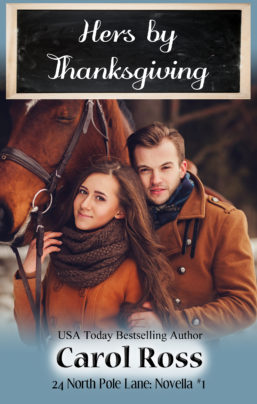 How does a woman with a criminal past and no proof convince a man that the expensive horse he’s inherited actually belongs to her? Allison Talbot has to gain C.J. Larkspur’s trust and prove to him she’s the rightful owner. Complicating the situation exponentially is the fact that C.J. has promised the horse to his despondent fiancée. As strong feelings develop between Allison and C.J., she realizes she can’t stick around and watch him give her horse to another woman, especially when she wants to be with him herself. As far as Allison can see there’s only one option; she has to steal her own horse.

C.J. raked a frustrated hand through his hair. “I know. This is so difficult and…complicated. No matter how I play it in my mind, someone is going to get hurt. I don’t care about me, but I don’t want it to be you.” He paused. “Or Krista. But these feelings I have for you, I can’t control them. Since the moment we met, I haven’t been able to stop thinking about you. And when I’m around you, I can’t take my eyes off of you. I want to be with you, Allison.”

Allison felt as if her heart had been flash frozen and was now painfully splintering into a thousand pieces. It hit her in that moment that she’d somehow managed to get her heart broken before she’d even fully realized that she’d fallen in love. Which was understandable because how could she be in love with someone she’d only known a little more than a month? But she was. And it was all so horrible because she didn’t even get to experience the good stuff – the walking on air, head in the clouds, heart-on-the-sleeve feelings that make you want to write songs and poetry or whatever – before the bad part happened.

Tears clouding her vision, she turned away. Her legs felt heavy and stiff but somehow she managed to situate one booted foot in the stirrup. She heaved her body up and positioned herself on the saddle. “You know what? Let’s just forget this happened. We’re both emotional, grieving over John. I’m worried. You’re worried. This is your first ride in years…” She studied the saddle horn for a few seconds before looking at him again. “Let’s chalk it up to our feelings getting away from us for a moment. I think we can both safely agree it won’t happen again.”

He was staring at her, but she had no clue what he was thinking. Until he told her. “No,” he said. “I don’t accept that. I’ll never forget. I don’t want to forget, because if it’s all I have of you for the rest of my life, I want to remember and cherish every second. And as long as you’re anywhere near me, I can’t make that promise. Even if you weren’t, I don’t think I could make that promise. You’re all I think about. I know it’s crazy and I know I shouldn’t say it, but I can’t help it. I’ve never felt this way, and now it seems like the cruelest joke that when I finally do, I literally can’t have it.”